A unique event at the National Event Venue in Toronto this summer that brings together Toronto Mentalist & Magician Yan Markson with Canada’s Reggae stars!

This summer I will be performing on stage at the National Event Venue with some very talented people. If you love reggae music, comedy, magic and great food then this event is for you. 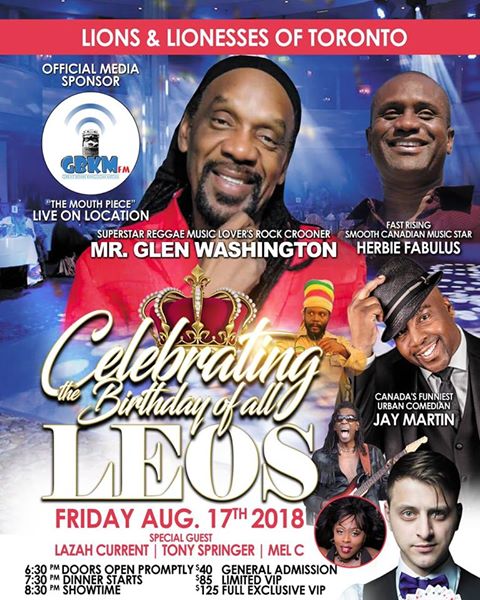 Here’s a little bit more on each performer:

Born in May Pen, Clarendon, Jamaica, West Indies. Washington has been involved in the Jamaican music industry since the early 70sAward-winning artist.   Following his global jaunt Washington set up his own record label and released ‘Feel The Vibes’, which proved a minor hit in New York. The single led to various recording sessions including his overdue breakthrough at Coxsone Dodd’s other Studio One Recording studio based in Brooklyn. The Studio One success led to sessions in Jamaica with Lloyd Campbell who produced Get Next To Me. His success led to a glut of releases, including ‘Can’t Keep A Good Man Down’, ‘Careless Minded People’, ‘Breaking Up’, ‘The Love Of God’ and ‘Open Your Eyes’. Learn more about Glen here.

Herbie Fabulus has lived a lifetime in entertainment. He knows fame, adulation, and has felt the excitement of the crowds as they watched him perform. Originally making his name as a boxer, he has performed with some of the greatest…and he has fascinating…fabulous…stories of his time working with some of the biggest international names of the field. Reggae fans will be celebrating the fact that Herbie has now turned his passion to the world of music, with a long-anticipated release!

Some call him The Renaissance Man for his many talents in comedy, event production, community work, and more. Some call him Canada’s own Steve Harvey, because of his reputation for having audiences rolling in the aisles with a clean comedy act. There is no other comic in Canada capable of doing the same as our very own Jay Martin.

Oh, that’s me! Toronto’s Mentalist & Magician looking forward to putting on a good show for a reggae audience. Read my bio here.