I was approached by the show’s producers several months ago who were considering to include me in their show for an act that I’ve performed a few years back. We worked hard to modernize the routine, and bring some unique ideas to the table. The entire experience was unforgettable. I’ve never been involved in a major TV production, I’ve never been to Las Vegas, and I’ve never met Penn & Teller before, so I was very nervous before I left Toronto. 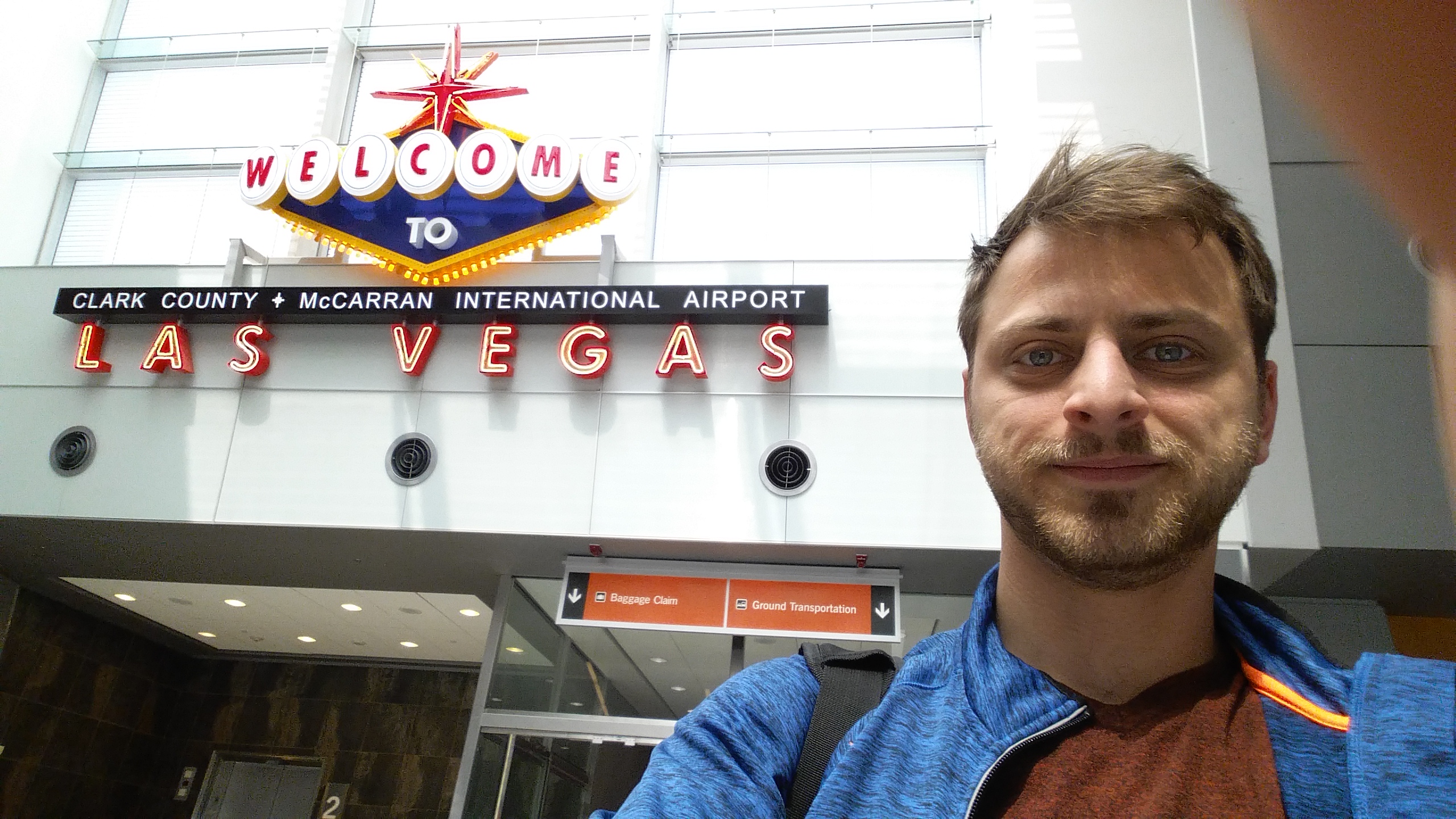 Once I got to Las Vegas, the entire CW team was amazing to work with. Super professional and nice people. I was taken to the Rio Resorts where Penn & Teller’s theater is located and checked into my own room. A few hours later we were set to shoot the B-Roll footage. We went to a really unique location to shoot some interesting visual elements (can’t share too much until the show is broadcasted). As we drove through Las Vegas, I got to see the main strip and all the places that I’ve seen in movies before. Just knowing that I was near some of the world’s greatest magicians and mentalist was super exciting. Las Vegas features magicians like David Copperfield, Chris Angel, Mac King, Penn & Teller, and many many more. Here’s a quick shot from the location shoot: 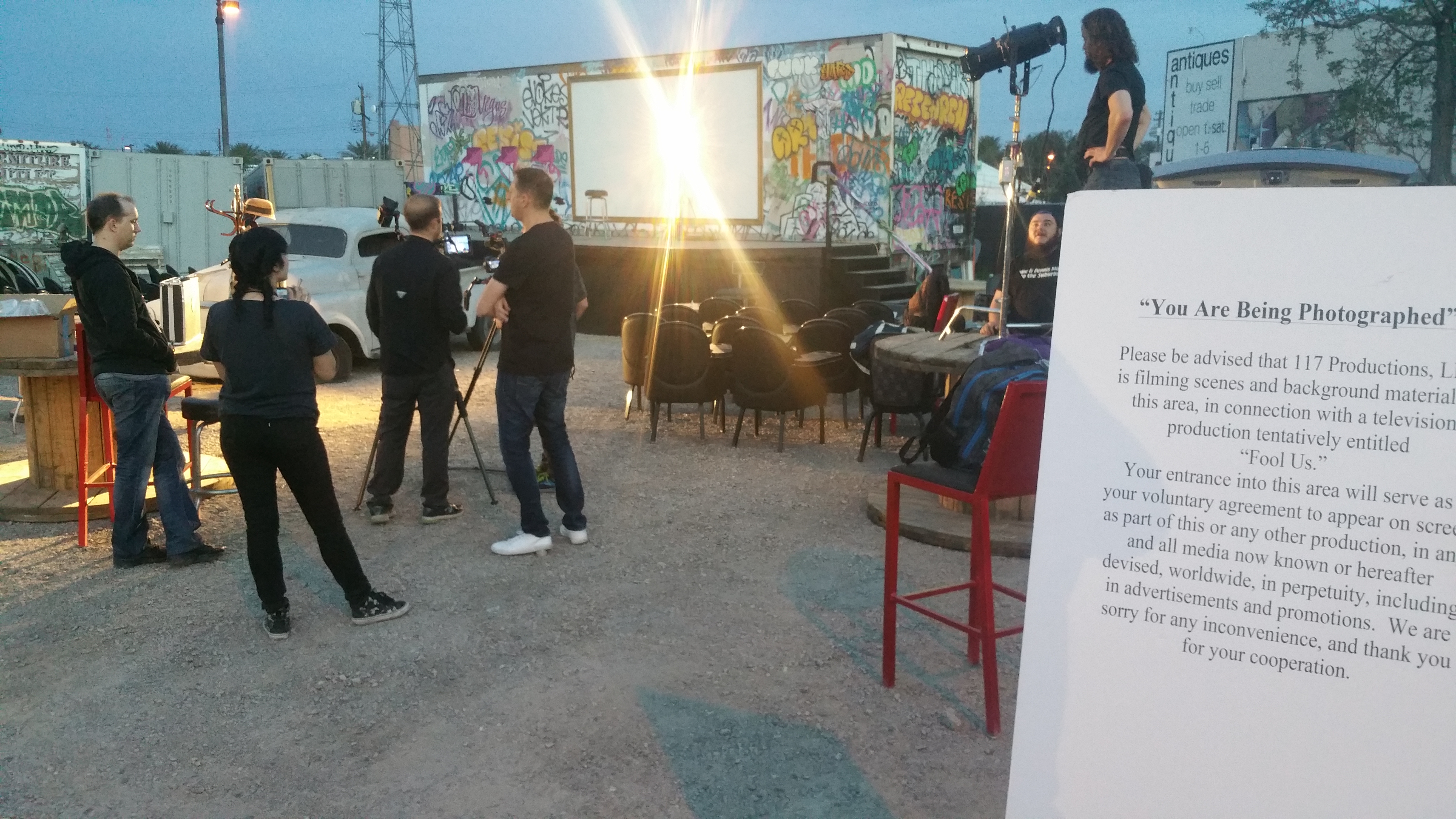 During my free time I got a chance to check out the city, go site-seeing, and since it was during St.Patrick’s Day, the magic was really in the air. (pun intended) One of the highlights of my entire trip was a rare opportunity to see my old friends perform at their Las Vegas show. I’ve performed with these guys 10 years ago at Cirque Avaia, so seeing them perform just a few feet away from raised some serious goosebumps. If you’re planning a trip to Vegas, this is a MUST SEE show. Here’s a quick photo I snapped of them performing their act: 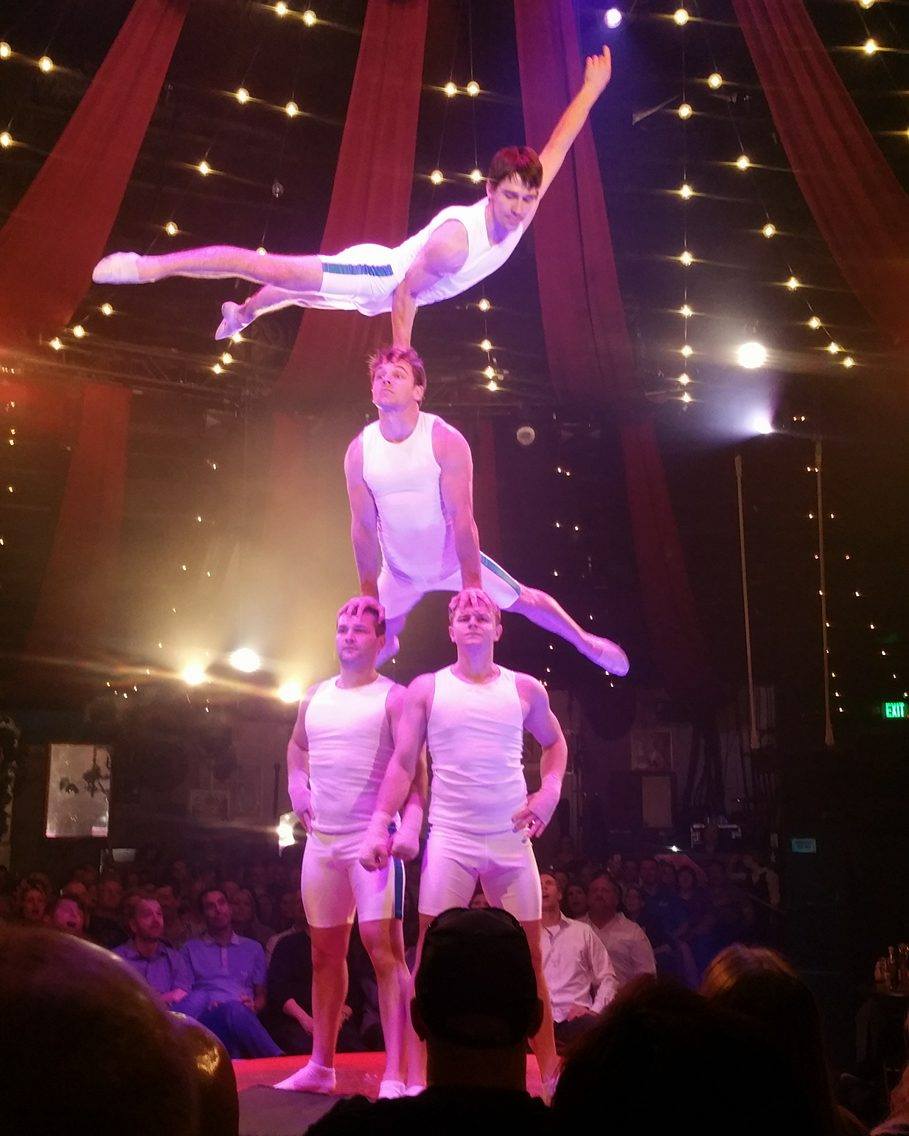 I performed my act on the big theater stage at Rio Resorts in Vegas in front of over 1000 live audience members, Penn & Teller themselves, and the host Alyson Hannigan. It was a blast, and I hope to share more once my routine is broadcasted on TV this summer. In the meantime, here are two photos of the legends themselves: 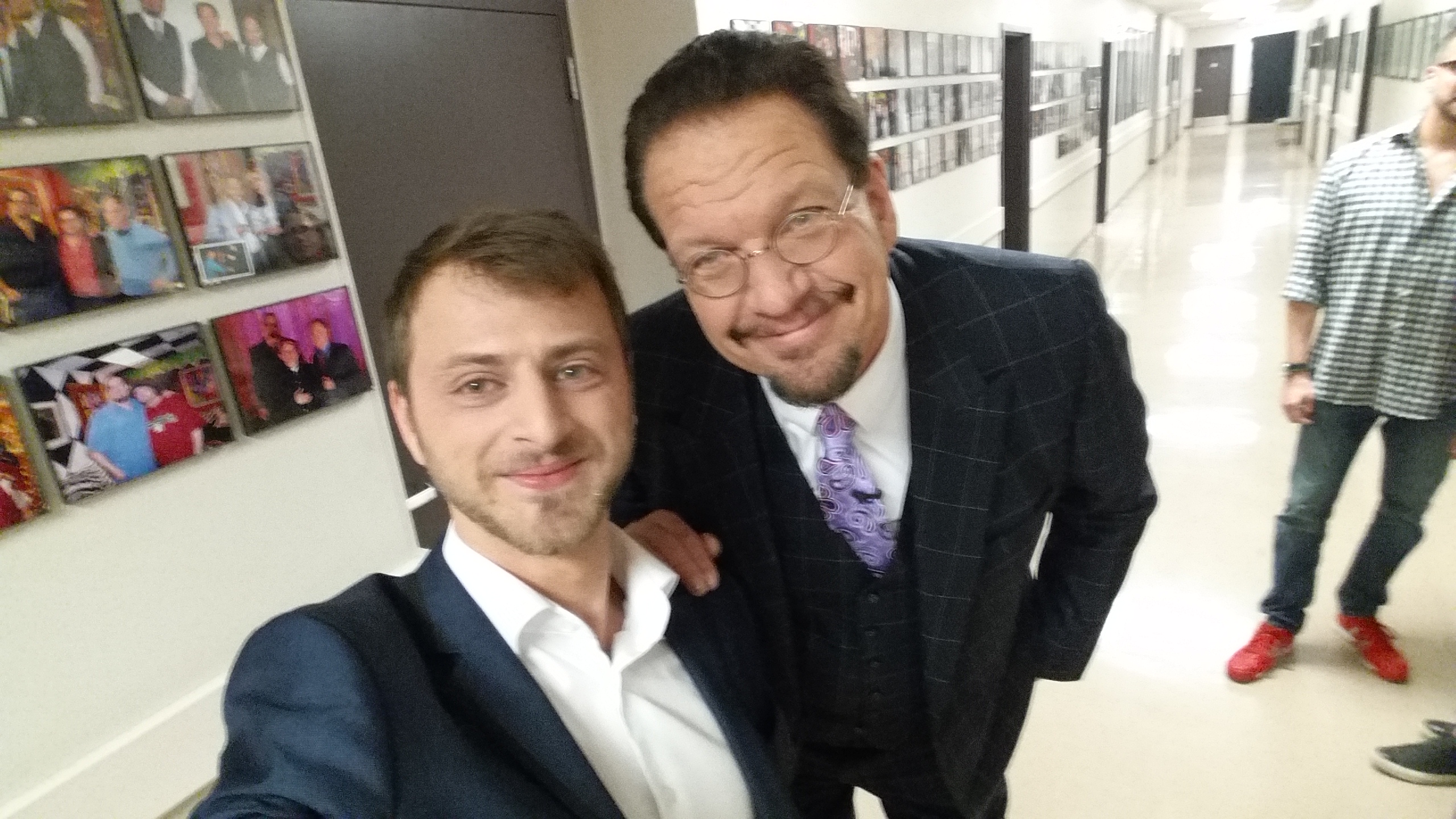 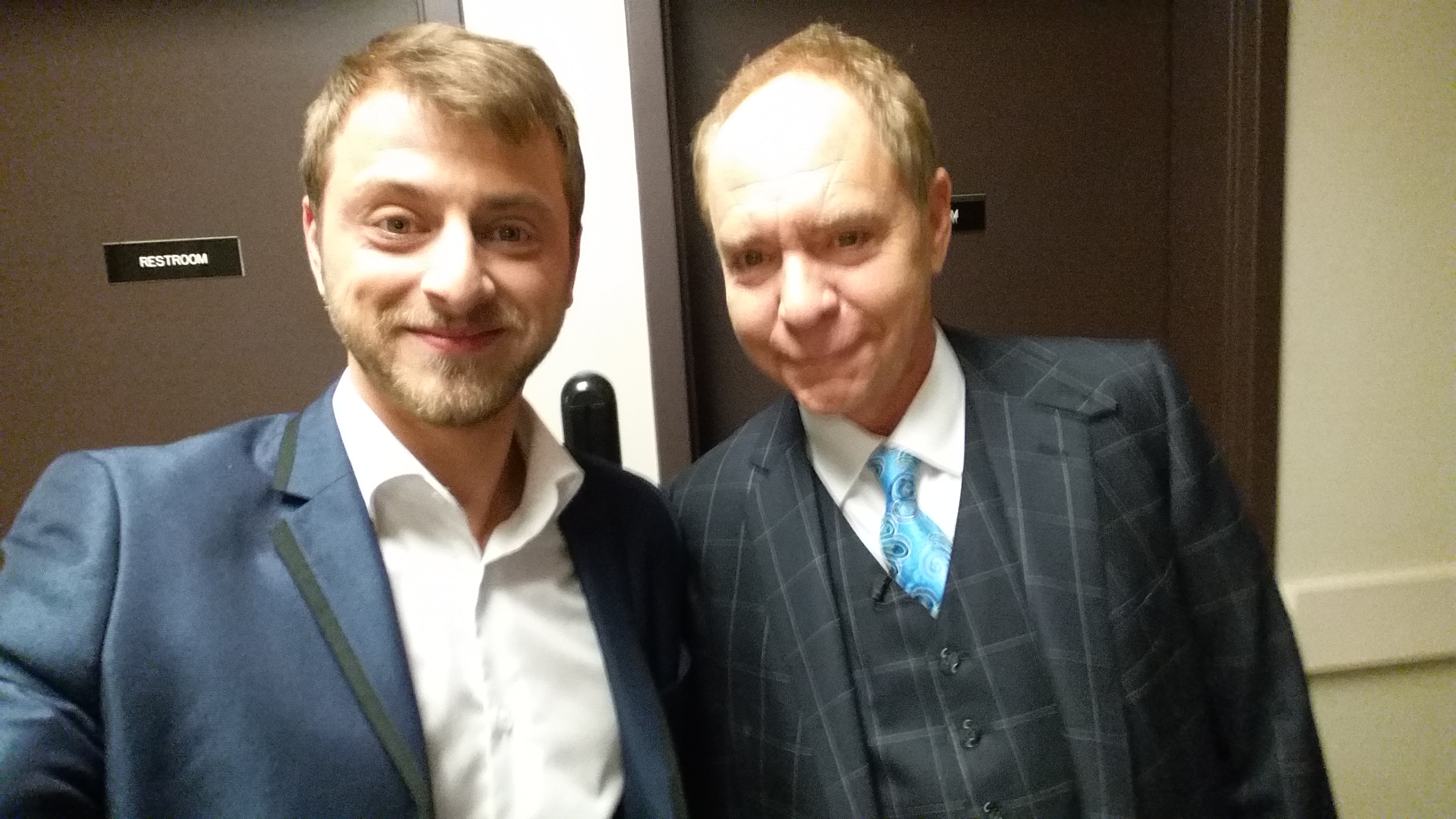